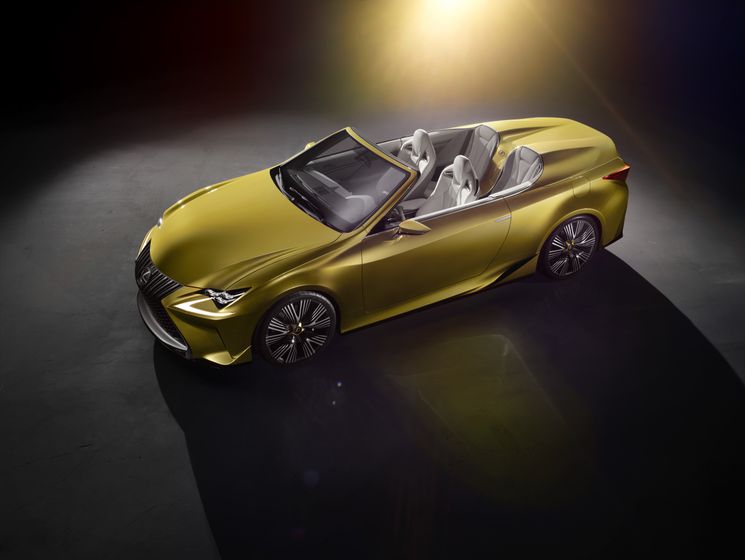 (TORONTO, ON – FEBRUARY 3rd, 2016) Visit the Lexus booth and discover “Amazing” at the 2016 Canadian International Auto Show – February 12-21 at the Metro Convention Centre.

“Our luxury cars and SUVs are more striking and dynamic than ever, with a– highlighted this year by the first appearance in Canada of our LF-C2 convertible  coupe concept and our all-new GS F high-performance luxury sport sedan,” said Jennifer Barron, Director of Lexus Canada. “Canadians will be amazed at the innovation and edgy design that they will see at the Lexus display of the 2016 Canadian International Auto Show; not to mention Lexus reputation for quality and an exceptional ownership experience.”

Highlights at the Lexus display include:

These models join the full portfolio of Lexus luxury cars and SUVs on display throughout the Canadian International Auto Show, running February 12-21, 2016. For more information about Lexus and its luxury vehicles, visit www.lexus.ca

Accredited members of the media are invited to preview the LF-C2 and GS F at the auto show’s Media Day:

For further information or to set up interviews:

On site in Toronto (February 11th):

Lexus Canada is the exclusive Canadian distributor of Lexus luxury cars and sport utility vehicles through a sales and service network of 38 dealers across Canada. There are 11 Lexus nameplates on the road today, allowing guests many choices in a range of luxury vehicle segments. Six of these 11 offer hybrid models, giving Lexus Canada’s largest luxury hybrid lineup. In the 2014 J.D. Power and Associates Vehicle Dependability StudySM (VDS), Lexus ranked highest in vehicle dependability among all nameplates for the third consecutive year. Additionally, the Lexus RX and RXh are built at Toyota Motor Manufacturing Canada’s (TMMC) Cambridge South plant, the recipient of J.D. Power’s 2014 Platinum Plant Quality Award, Worldwide. For more information about Lexus products, and Lexus’ pursuit of perfection, visit: www.lexus.ca.