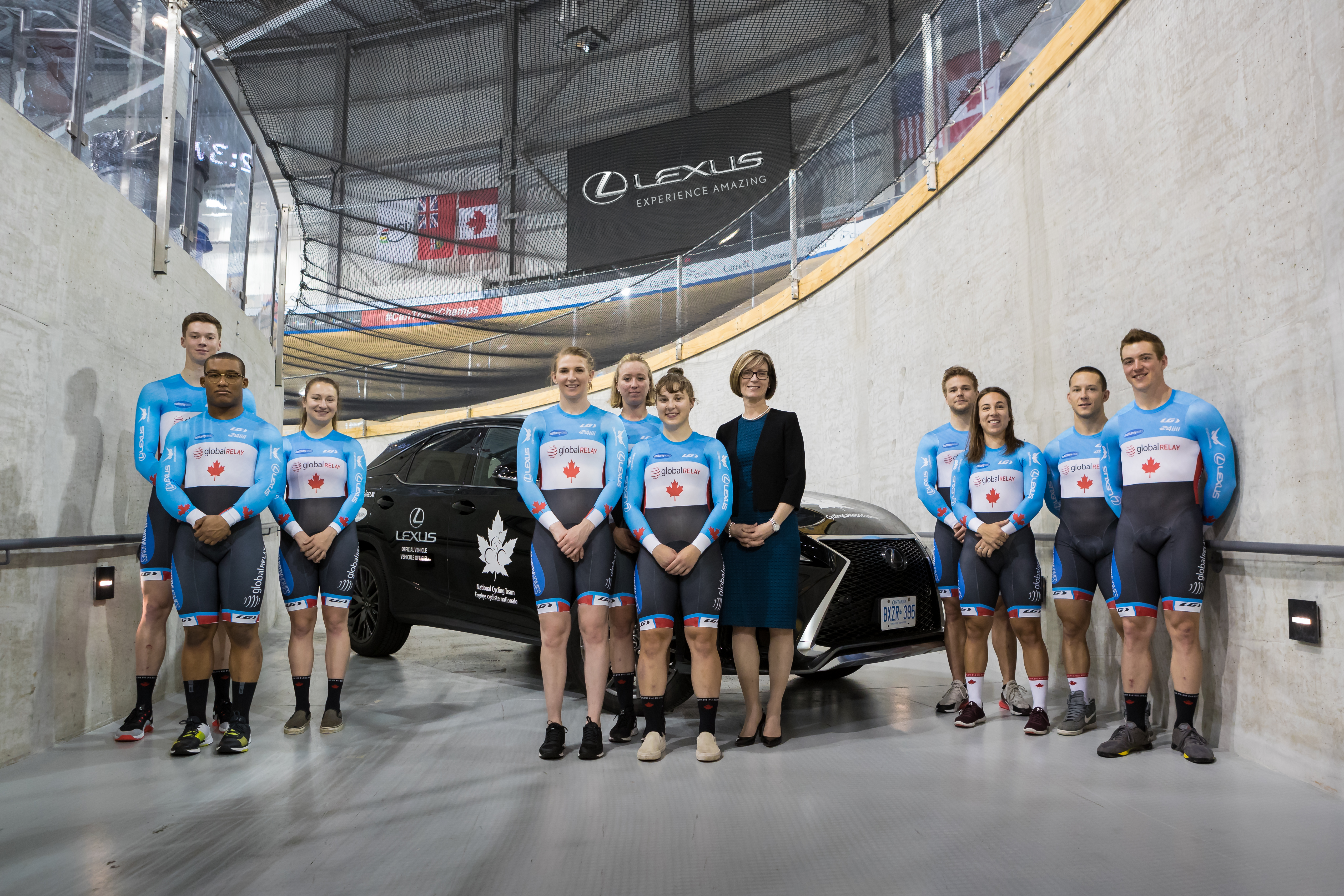 Toronto, Ontario, June 5, 2018 – Lexus Canada and Cycling Canada announced today that they have renewed their partnership, expanding Lexus’ commitment to high performance and excellence. The multi-year agreement will see Lexus continue as the official automotive partner of Cycling Canada as well as a number of provincial level cycling organizations and events across the country.

The expanded partnership will focus on supporting the sport of cycling at all levels by making even stronger grassroots investments to celebrate the sport both recreationally and competitively.

“At Lexus Canada, we partner with organizations that share a mutual passion for innovation, design and excellence in performance, and that is why we are thrilled to enter into another multi-year partnership with Cycling Canada,” said Jennifer Barron, Director of Lexus Canada. “This expanded partnership will allow us to support dedicated and passionate Canadian cyclists at every skill level.”

Lexus Canada’s support will include vehicles for use by Canada’s National Cycling Team and staff as well as vehicle support at major events, including:

“We are proud to continue our association with Lexus Canada and are excited for their support of Cycling Canada, the National Cycling program and our athletes who are delivering world class performances as a result,” said Matthew Jeffries, Interim Chief Executive Officer of Cycling Canada. “The success of our athletes and national events are greatly enhanced and would not be possible without this vital support. We are thrilled and grateful for our shared vision and the continued collaboration over the coming years.”

Cycling Canada is the governing body for competitive cycling in Canada. Founded in 1882, Cycling Canada aims to create and sustain an effective system that develops talented Canadian cyclists to achieve Olympic, Paralympic, and World Championship medal performances. With the vision of being a leading competitive cycling nation by 2020 celebrating enhanced international success, increased national participation and world class event hosting, Cycling Canada manages the High Performance team, hosts national and international events and administers programs to promote and grow cycling across the country. Cycling Canada programs are made possible through the support of its valued corporate partners – Global Relay, Lexus Canada, Mattamy Homes, Louis Garneau, lululemon, 4iiii, Argon 18 and Bear Mountain Resort – along with the Government of Canada, Own The Podium, the Canadian Olympic Committee and the Canadian Paralympic Committee.