Lexus Hybrid Owners, Thanks a Million

TORONTO, ON., April 12, 2016 – Lexus International today announced it has sold over one million hybrid vehicles globally since the world’s first hybrid luxury vehicle, the RX 400h, went on sale in April 2005.

Tokuo Fukuichi, President of Lexus International, said: “The hybrid drive system continues to be our core vehicle technology to help reduce CO2 emissions, while providing a pleasurable driving experience.  We have set ambitious environmental goals for 2050, and hybrid popularity worldwide is extremely important if we are to achieve those goals.  Today, Lexus manufactures ten hybrid models, with more on the way.  I’m pleased over one million customers worldwide have put their faith into our hybrid line-up.” 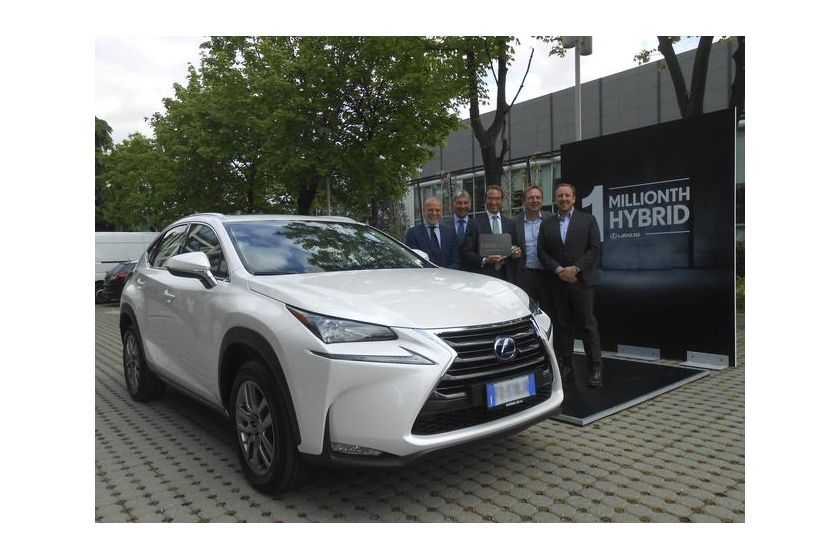 Mr. Pirronello commented: “This is my first Lexus. I chose this brand because I really value it. When I saw the new Lexus NX 300h, I was immediately captured by its design, and of course by the hybrid technology made me enthusiastic. I was surprised to hear that I was the buyer of the 1 millionth Lexus hybrid, and I am honoured to celebrate this important milestone with Lexus!”

‘’Since 2005, full hybrid technology has been the signature powertrain technology for Lexus. In addition to great fuel efficiency and low CO2 emissions - which lead to low costs of ownership - it also provides a smooth and engaging driving experience with a high level of ride comfort. So it doesn’t come as a surprise, that it scores the highest satisfaction rates among our customers,” said Alain Uyttenhoven.

“I am sure that our new performance hybrid system will make the hybrid vehicles even more successful attracting even those customers who have never considered a hybrid before,” concluded Alain Uyttenhoven.

Lexus Canada is the exclusive Canadian distributor of Lexus luxury cars and sport utility vehicles through a sales and service network of 38 dealers across Canada. Guests have access to a wide range of luxury vehicles with a total of 12 Lexus nameplates available in Canada, including the largest luxury hybrid lineup of 6 hybrid models. Lexus is committed to, and inspired by, great design – a passion for product, initiatives and events that represent “Amazing in Motion”. The Lexus RX 350 and RX 450h are built at Toyota Motor Manufacturing Canada’s (TMMC) award-winning Cambridge South plant. For more information about Lexus products, and Lexus’ pursuit of perfection, visit: www.lexus.ca.