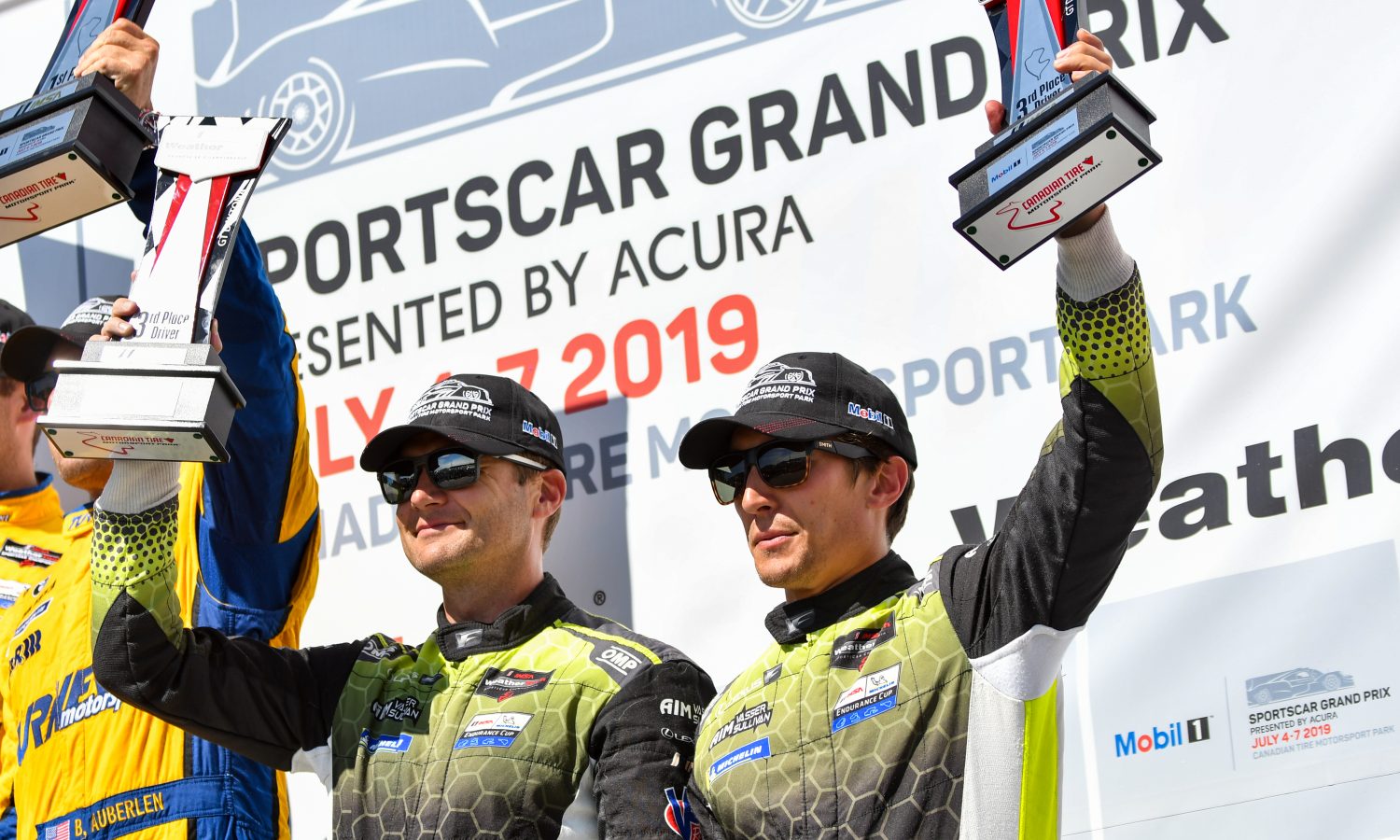 Jack Hawksworth and Richard Heistand finished 12thin the AVS No. 14 RC F GT3 following contact by a competitor nearly an hour into the race that forced the Lexus to the garage for repairs.

The Lexus RC F GT3 has a week off before returning to IMSA racing action at Lime Rock Park in Connecticut on Saturday, July 20.

“We got the most today for sure. Just different tracks suit different cars right now. We had a great, solid day. Frankie (Montecalvo) did an awesome job. I feel like our No. 12 AIM VASSER SULLIVAN program is really starting to gel. We’re all reading from the same sheet of music. Ian Willis and the team have done a great job engineering the car. Today we weren’t the fastest car on track, but steady and mistake free and came out with a podium finish at the end.”

FRANKIE MONTECALVO, No. 12 Lexus RC F GT3
How was the AIM VASSER SULLIVAN team able to get another podium result today?

“I think we started this run at Watkins Glen. We’re really learning the Lexus on the No. 12 side and it showed by the podium finish today. I don’t think we had the fastest overall pace out there, but the team called a phenomenal race. The drive by Townsend Bell was amazing and this was a complete team effort today by AIM VASSER SULLIVAN.”

JACK HAWKSWORTH, No. 14 Lexus RC F GT3
How disappointed are you with today’s finish in Canada?

“Obviously, disappointed in the race today. First of all, it’s good to see the 12 car (Townsend Bell and Frankie Montecalvo) get on the podium today and show the performance of the Lexus RC F GT3 and the AIM VASSER SULLIVAN team. So, I’m happy about that. For us, it was disappointing because Richard (Heistand) did a good solid first stint. We pitted at the 45-minute mark with the Porsche and were able to pass that car on the next lap. Then, I was able to pass the 57 Acura and I was in fifth behind Townsend. The 9 car then came out and I was obviously close to him and then he went off the circuit and as he rejoined, I guess he didn’t see me, but he came back on the track and we hit. It’s disappointing really because the performance was good. I’m sorry for the guys. They did a great job getting the car back together. We’ll try again at Lime Rock.”

RICHARD HEISTAND, No. 14 Lexus RC F GT3
What happened to the 14 to take the car out of the race early today?

“It was difficult to pass today. I handed it over to Jack (Hawksworth) and unfortunately someone hit my teammate and we’re out of the race. We looked strong and we thought going in that we had a chance to be on the podium and it was taken from us and that’s racing.”