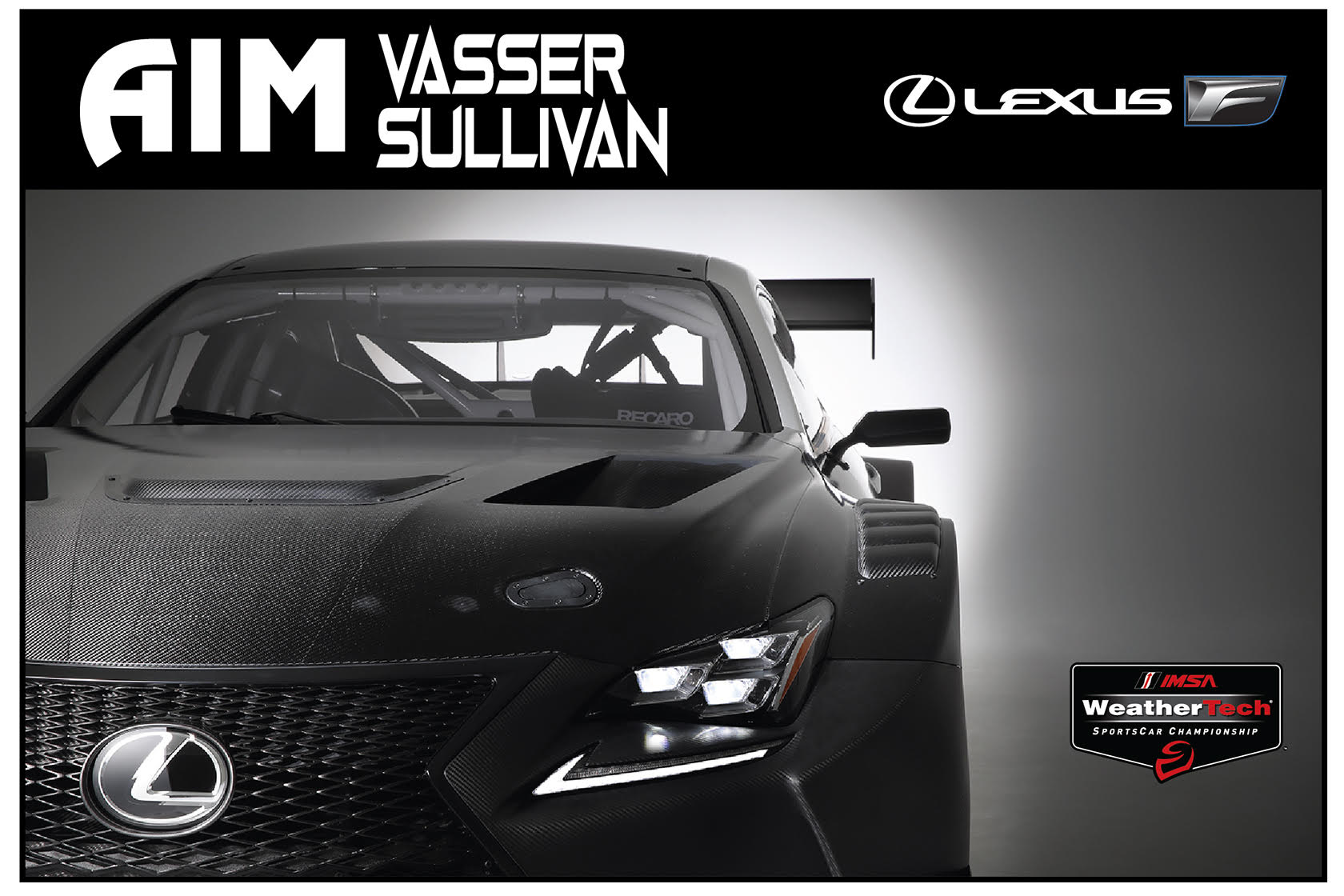 Vasser and Sullivan were allied and partners from 2011-2016 with KVSH Racing in the IndyCar Series. During that time they won the 2013 Indianapolis 500 and went on to win five more IndyCar races over a three-year period (2014-2016). In 2018, they formed a partnership with Dale Coyne to establish Dale Coyne Racing with Vasser-Sullivan to compete in the IndyCar Series with driver Sebastien Bourdais. In its first year, the team earned multiple podiums including winning the Grand Prix of St. Petersburg, and finishing seventh in the 2018 championship standings.

AIM Autosport has won races and championships in every level of motorsports they have competed in with customer racing programs dating back to the 1990s, including the 2012 GRAND-AM Rolex Sports Car Series GTD championship.

“Having the opportunity to campaign two mighty Lexus RC F GT3 cars in the IMSA WeatherTech Championship in partnership with Jimmy and Sulli is fantastic,” said AIM VASSER SULLIVAN co-owner Andrew Bordin. “To compete for wins and Championships in this ultra-competitive class requires excellence in all aspects of racing and we now have all of the right pieces in place.”

“Sulli and I are excited and looking forward to entering a new chapter in our racing careers,” said AIM VASSER SULLIVAN co-owner Jimmy Vasser. “I have driven sportscars before, but my career was pretty much limited to the 24 Hours of Daytona, including a ‘class’ win in 1992 and second overall in 2008. The AIM VASSER SULLIVAN TEAM, with the support of Lexus and our sponsors, has the tools to get the job done and we are looking forward to this new challenge.”

The RC F GT3, which is based upon the production Lexus RC F high performance coup, initially debuted in IMSA competition at the 2017 Rolex 24 at Daytona. In its first two IMSA WeatherTech seasons, Lexus earned five pole positions, two race wins and finished third in the 2018 GTD Manufacturer point standings.

“We believe AIM VASSER SULLIVAN is a great fit for our organization as we continue to evolve our race program,” said David Christ, group vice president and general manager, Lexus division. “Lexus F is a brand infused with motorsports technology and the high performance capabilities of the RC F GT3 on the race track has proven Lexus as more than just a luxury automaker.”

“It’s been exciting for Lexus to get back into sports car racing with the RC F GT3,” said Mark Egger, motorsports manager, Lexus division. “We’ve been able to build our fan base through on-track performance and by engaging with consumers at our Lexus Racing Experience activation, and look forward to continuing that growth in our new partnership with AIM VASSER SULLIVAN.”

The team will announce its 2019 driver line ups in the coming weeks.

AIM Autosport formed in 1995 and have been winners in every category of open wheel and sports car racing they have competed in. AIM has multiple race wins, plus overall team, driver and manufacturer Championships in both Grand AM and IMSA competition.

Vasser and Sullivan were allied and partners from 2011-2016 with KVSH Racing in the IndyCar Series.  In 2017, Vasser and Sullivan established Vasser-Sullivan Racing to compete in the IndyCar series. In 2018, they formed a partnership with Dale Coyne to establish Dale Coyne Racing with Vasser-Sullivan to compete full time in the IndyCar Series Championship.  In its first year, the team earned multiple podiums including winning the Grand Prix of St. Petersburg, and finishing seventh in the 2018 championship standings.