No. 15 Lexus Coming Off Top-Five Finish at Watkins Glen
Share 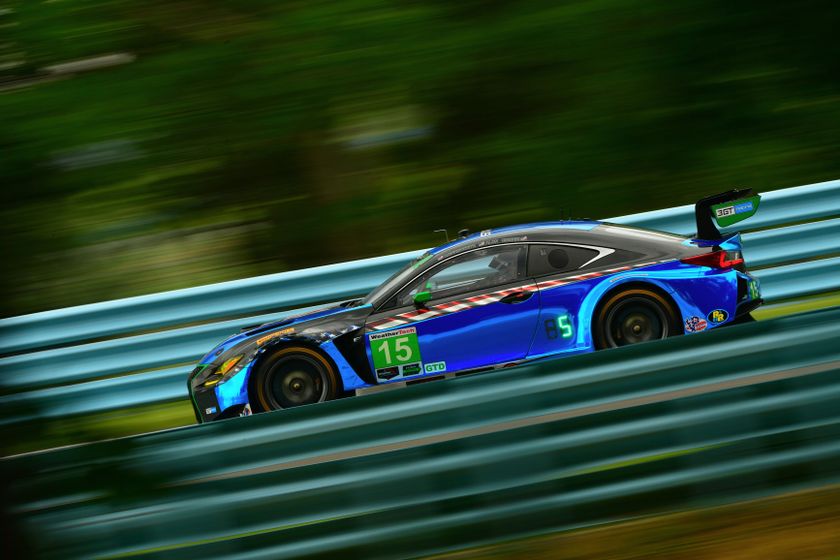 When the manufacturer previously competed with Lexus-powered prototypes in the Grand-Am Rolex SportsCar Series from 2004 to 2009, the series did not visit the track, and Lexus racing entries have not competed at the 2.459-mile circuit in any other major series.

While the Lexus luxury brand will be new to the Canadian track, the majority of the 3GT Racing lineup has experience at CTMP. Sage Karam considers the track his favorite on the IMSA schedule after he raced at the track in the Pro Mazda Championship and won the pole for the race in 2012. Scott Pruett raced at CTMP in IMSA competition in 2014 and 2015 in the prototype class with a best finish of sixth overall in 2015. Robert Alon finished eighth overall and third in the PC class at CTMP in 2016 and this year’s race marks his fourth entry at the track. The 2017 IMSA race will mark Hawksworth’s first appearance at the Canadian circuit.

Is Canadian Tire Motorsports Park (CTMP) your favorite track on the IMSA schedule?

“Yeah, I’d say Mosport (Canadian Tire Motorsports Park) is probably my favorite track that we go to this year, so I’m super excited to get there. I like it just because it’s really high speed and flowing and it’s really high commitment and I love tracks like that. When I came up through the ranks in open wheel, I did really well on ovals because those tracks are really high commitment and Mosport is kind of like an oval on a road course where there’s a lot of high speed corners and you’ve really got to trust the car and trust your instinct. It’s just one of those tracks where you don’t think the car is going to stick, but it ends up sticking and it really separates the drivers a lot I think just from who’s going to really go for it. It’s just one of those (tracks) where you see who’s going to be more committed in the corners and is going to attack it more and that’s why I really love that track.”

What has it been like going to familiar tracks each race with a new team and Lexus race car?

“You know all these tracks we go to, it’s going to be a new experience. We were fortunate with the Glen that we had a chance to go test there, but we’re going to Mosport (Canadian Tire Motorsports Park) and we’ve never been there before. However with that being said, that track is a fast track and it seems one of the strengths of the RC F GT3 has been faster turns and faster tracks, so hopefully we’ll have a little bit of luck going up there and also the car in the rain has been really strong, so it can rain there – I’ve raced in the rain and or dry up there. Always enjoy going up there, so we will see what we have first day of practice.”

How do you expect the Lexus RC F GT3 to fare in Canada?

“From past experiences, the Lexus has been really quick in the high speed corners – flowy, high-downforce stuff – and, for the most part except for one corner, that track is all high speed.”

How has this Lexus program advanced over the first half of the season?

“I think it’s impressive to see how it’s come along – to see it’s more organized, guys working on everything, everything is getting a little bit smoother. The car is much more reliable. We haven’t had any issues since Sebring really mechanically – so that’s been good. Speed’s been good. I would say the first half was kind of a would have, should have kind of thing. We’ve used those words a few times, so the speed of the Lexus has been good. The reliability has been there since after Sebring and we’ve come very close to getting good results on a few occasions. It’s just putting it all together.”