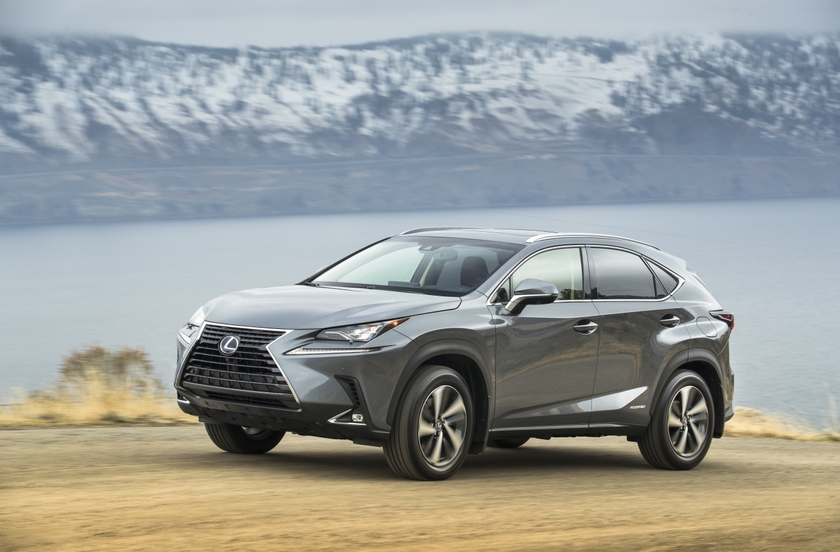 “Building on our recent Toyota RAV4 announcement and our recent facility modernization investments, we are excited to announce that TMMC has been selected to produce the popular Lexus NX and Lexus NX Hybrid models for the entire North American market,” TMMC President Fred Volf told Team Members and dignitaries, including the Right Honourable Justin Trudeau, Prime Minister of Canada and The Honourable Christine Elliott, Deputy Premier of Ontario and Ontario Minister of Health and Long-Term Care, at an event earlier today.

In 2003, TMMC became Toyota’s first facility entrusted to produce Lexus vehicles outside of Japan – a tremendous honour within Toyota – and has since made more than 1.3 million Lexus RX and Lexus RX Hybrid vehicles.

“Together with the company’s recent investments in our facilities, today’s announcement demonstrates the tremendous amount of trust that Toyota has in the Team Members here at TMMC,” Volf added.  “It has been an honour to be producing a Lexus model, and now we’re being trusted to produce two of them.”

In 2018, TMMC announced a CDN $1.4B investment (including supporting funds from the federal and provincial governments), converting its North and West plants to the company’s Toyota New Global Architecture (TNGA) platform to allow for increased flexibility, further production efficiency, and superior products.  This strategic investment allowed TMMC to shift its production to meet the demands of North America’s rapidly growing compact SUV market, most notably through the production of the market-leading Toyota RAV4 and Toyota RAV4 Hybrid.

“Our operations and Team Members in Canada have won multiple international awards for plant quality, and continue to play an important role within Toyota’s global production strategy,” said Jim Lentz, chief executive officer for Toyota Motor North America.  “As the compact luxury SUV market continues to grow, building the NX in North America allows us to better serve our customers and dealers.”

TMMC has manufactured vehicles in Canada for more than 30 years and currently employs more than 8,500 team members at its facilities in Cambridge and Woodstock, Ontario.  Committed to producing vehicles in Canada, Toyota has invested more than CDN $8.5B in its Canadian operations since 1985, and has built more than eight million vehicles over that period of time.

Toyota Canada Inc. (TCI) is the exclusive Canadian distributor of Toyota and Lexus vehicles. Toyota has sold over eight million vehicles in Canada through a national network of 287 Toyota and Lexus dealerships. Toyota is dedicated to bringing safety, quality, dependability and reliability to the vehicles Canadians drive and the service they receive. TCI’s head office is located in Toronto, with regional offices in Vancouver, Calgary, Montreal and Halifax, and parts distribution centres in Toronto and Vancouver. Toyota operates two manufacturing facilities in Canada. Having produced more than eight million vehicles, popular Canadian models built at these facilities include Toyota RAV4, Lexus RX 350 and RX 450h hybrid. Recent investments at its facilities in Ontario will allow for increased production of the top-selling Toyota RAV4 and RAV4 Hybrid models.