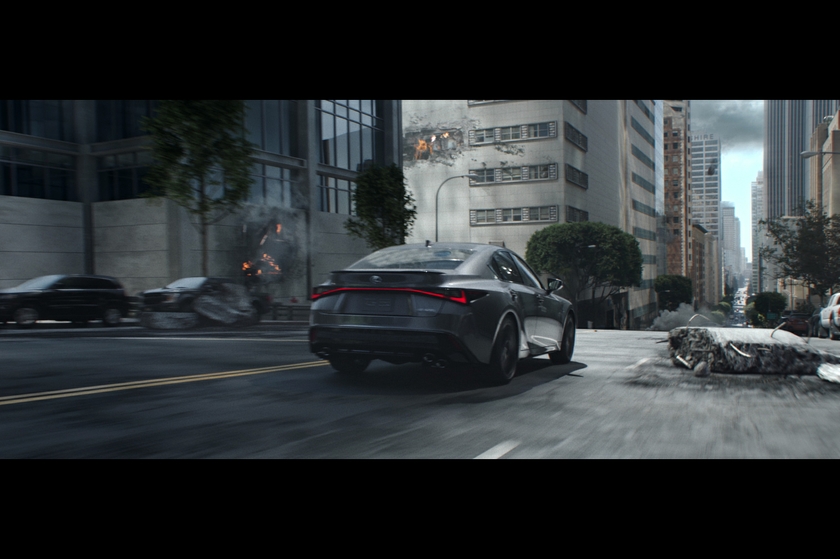 TORONTO, Ontario (October 25th, 2021) — Some things are worth preserving at all costs. If you’re Kingo in Marvel Studios’ “Eternals,” played by Kumail Nanjiani, this includes your gleaming new Lexus IS 500 sports sedan. As the exclusive automotive partner of Marvel Studios’ “Eternals,” Lexus debuts a marketing campaign today with a long-form video titled “Parking Spot.” In the two-minute piece, Kingo has to solve a very human problem before he can join the epic Super Hero battle happening downtown — finding a safe parking spot for his new Lexus IS 500 F SPORT Performance, the most powerful IS ever, with a 472-horsepower naturally aspirated V8 engine.

Marvel Studios’ “Eternals” centers on an exciting new team of super heroes who have lived on Earth in secret for thousands of years. Following the events of “Avengers: Endgame,” an unexpected tragedy forces them out of the shadows to reunite against mankind’s most ancient enemy, the Deviants. The film is directed by Chloé Zhao, who made Oscar history as the first woman of color to win the Academy Award for best director. In addition to Kumail Nanjiani, the film stars Angelina Jolie, Gemma Chan, Richard Madden, Lauren Ridloff, Brian Tyree Henry, Salma Hayek, Lia McHugh, Barry Keoghan, Don Lee and Kit Harrington. Marvel Studios’ “Eternals” hits Canadian theatres on November 5, 2021.

“There’s a natural synergy between Marvel Studios and Lexus. We both go all-in to deliver amazing experiences,” said Vinay Shahani, Lexus vice president of marketing. “We’re incredibly excited to team up with Marvel Studios’ ‘Eternals’ to showcase our very own superhero, the first-ever V8 IS 500, which ushers in a new Lexus F SPORT Performance Line.”

“We’re thrilled to partner with Lexus to give viewers an early look at one of our new heroes, Kumail Nanjiani’s Kingo, in action. Lexus’ creative campaign is appropriately epic, delivering the same combination of action, spectacle and humor our fans will see in the film,” said Mindy Hamilton, SVP, Global Partnership Marketing at Marvel Studios.

“Parking Spot” will headline the Canadian marketing campaign, set to appear in a wide range of media placements, in Cinemas and on various digital channels. The Lexus LS 500 flagship sedan and the all-new NX luxury crossover will make appearances in the film.

Marvel Studios’ “Eternals” follows a group of heroes from beyond the stars who had protected the Earth since the dawn of man. When monstrous creatures called the Deviants, long thought lost to history, mysteriously return, the Eternals are forced to reunite in order to defend humanity once again.