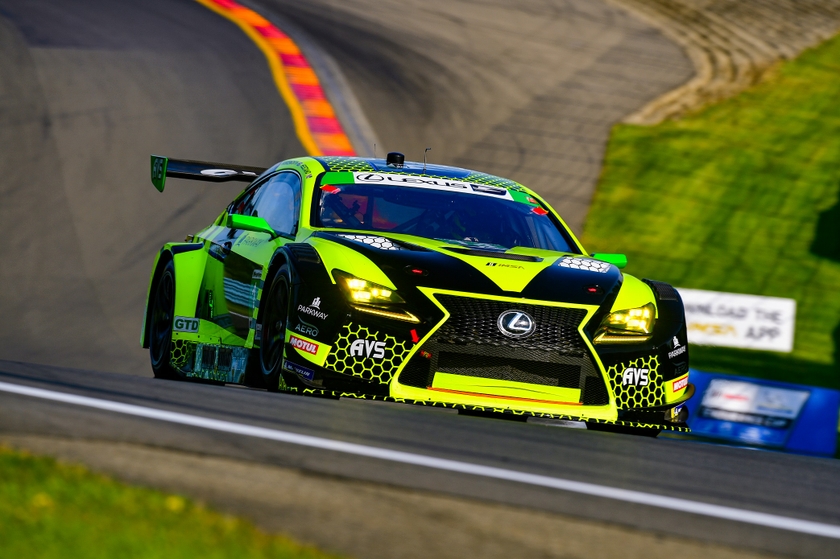 TORONTO, ON – July 5th, 2019 – Lexus and AIM VASSER SULLIVAN (AVS) head to Canadian Tire Motorsports Park for a two-hour and 40-minute sprint race on Sunday, approximately an hour away from the team’s race shop in nearby Toronto.

Jack Hawksworth and Richard Heistand have teamed up to score victories in the first two GTD sprint races behind the wheel of the No. 14 Lexus RC F GT3 at Mid-Ohio Sports Car Course in May and at the Raceway at Belle Isle Park in June. The No. 12 Lexus has also had success in both sprint events finishing fifth and third, respectively, with co-drivers Townsend Bell and Frankie Montecalvo.

Heading into the Canada race, Lexus currently leads the inaugural IMSA Sprint Cup championship point standings, which include only the seven sprint races during the 2019 season. Hawksworth and Heistand lead the Sprint Cup driver and team standings on the strength of their two victories, while Bell and Montecalvo and the No. 12 Lexus are currently tied for third place. This weekend’s race at Canada is the third of seven races that count toward this new championship format.

Lexus is currently third in the GTD overall manufacturer point standing, six points behind the leader, on the strength of two wins, four podiums and seven top-five finishes by AVS this season. In the overall GTD team standings, the AVS No. 14 Lexus moved into second place and the No. 12 RC F GT3 is just one point behind in third place in overall points.

The Lexus RC F GT3 returns to Canadian Tire Motorsports Park for the third time in IMSA competition. The 10-turn, 2.459-mile Canadian road course is the location of the first North American pole position for the RC F GT3, which was set by Sage Karam with a track-record time in 2017. Last season, the Lexus RC F GT3 earned a podium result with a second-place finish by former drivers Dominik Baumann and Kyle Marcelli.